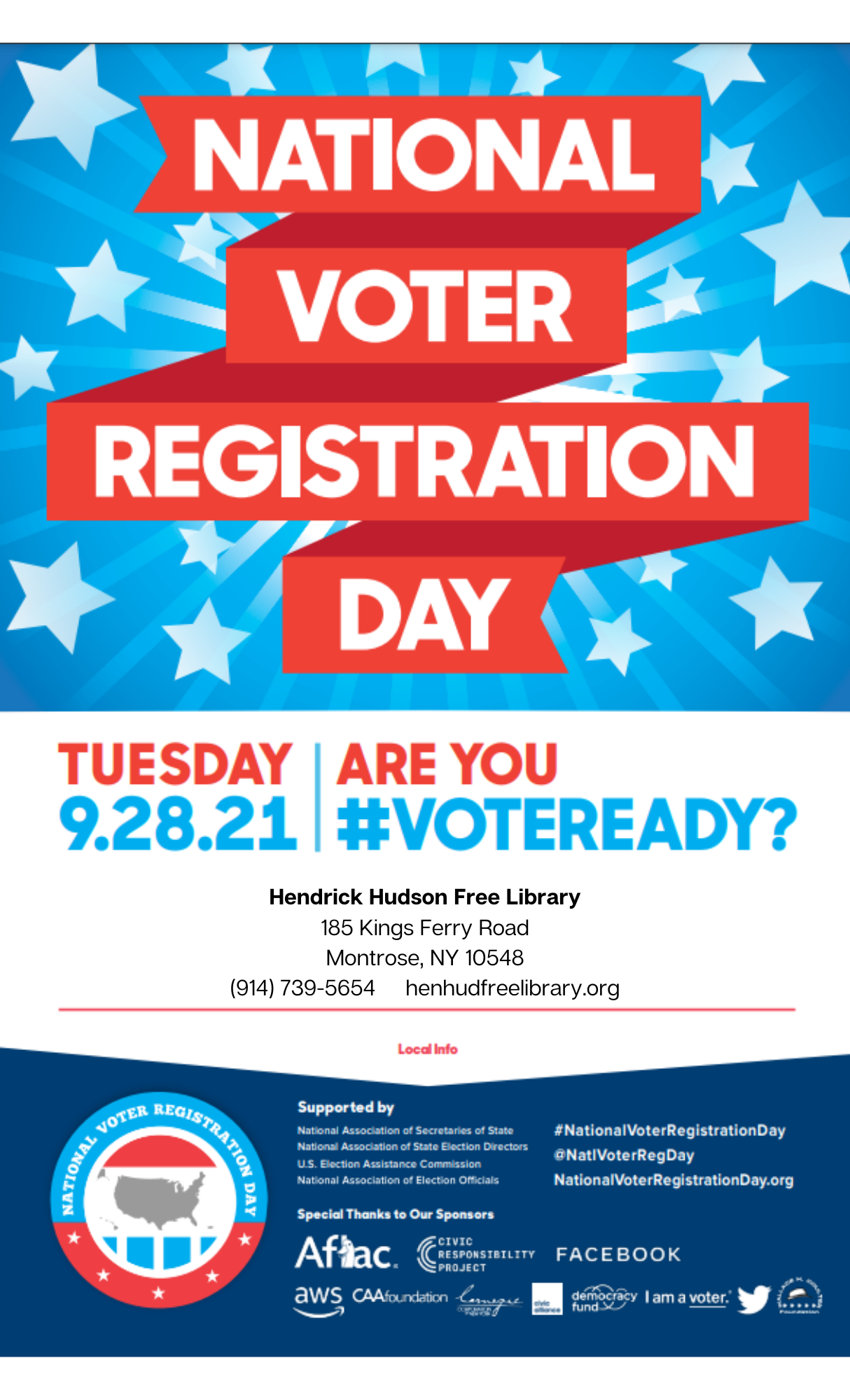 Celebrate #NationalVoterRegistrationDay!
Let’s Get Every American Registered and #VoteReady

Pick up your Voter Registration Form or Absentee Ballot Application at Hendrick Hudson Free Library today or any day!

No matter our background or political beliefs, as Americans we believe that for democracy to work for all of us, it must include us all. In celebrating National Voter Registration Day since 2012, we have worked hard to help every eligible American be registered and ready to cast a ballot. In 2020 Americans turned out in record numbers despite unprecedented obstacles. Yet still, every year, millions of eligible voters are unable to cast a ballot because of a missed registration deadline, outdated registration information, or other problems with their voter registration. Potential voters are caught in a vicious cycle that sees unregistered citizens become non-voters who are then ignored by political campaigns which, in turn, leaves them uninterested in the electoral process. According to 2020 post-election U.S. Census data, as many as one in four eligible voters in the country were not registered. For communities already underrepresented in the electorate such as  youth and communities of color, the numbers were even more stark. Less than 60% of potential voters aged 18-24 reported being registered to vote, and registration rates in communities of color lagged significantly behind the general electorate as well.

By joining in the national celebration on September 28, we hope that diverse Americans across the country will celebrate #NationalVoterRegistrationDay and get themselves and their  communities registered to vote and ready to cast a ballot, while also closing existing participation gaps.