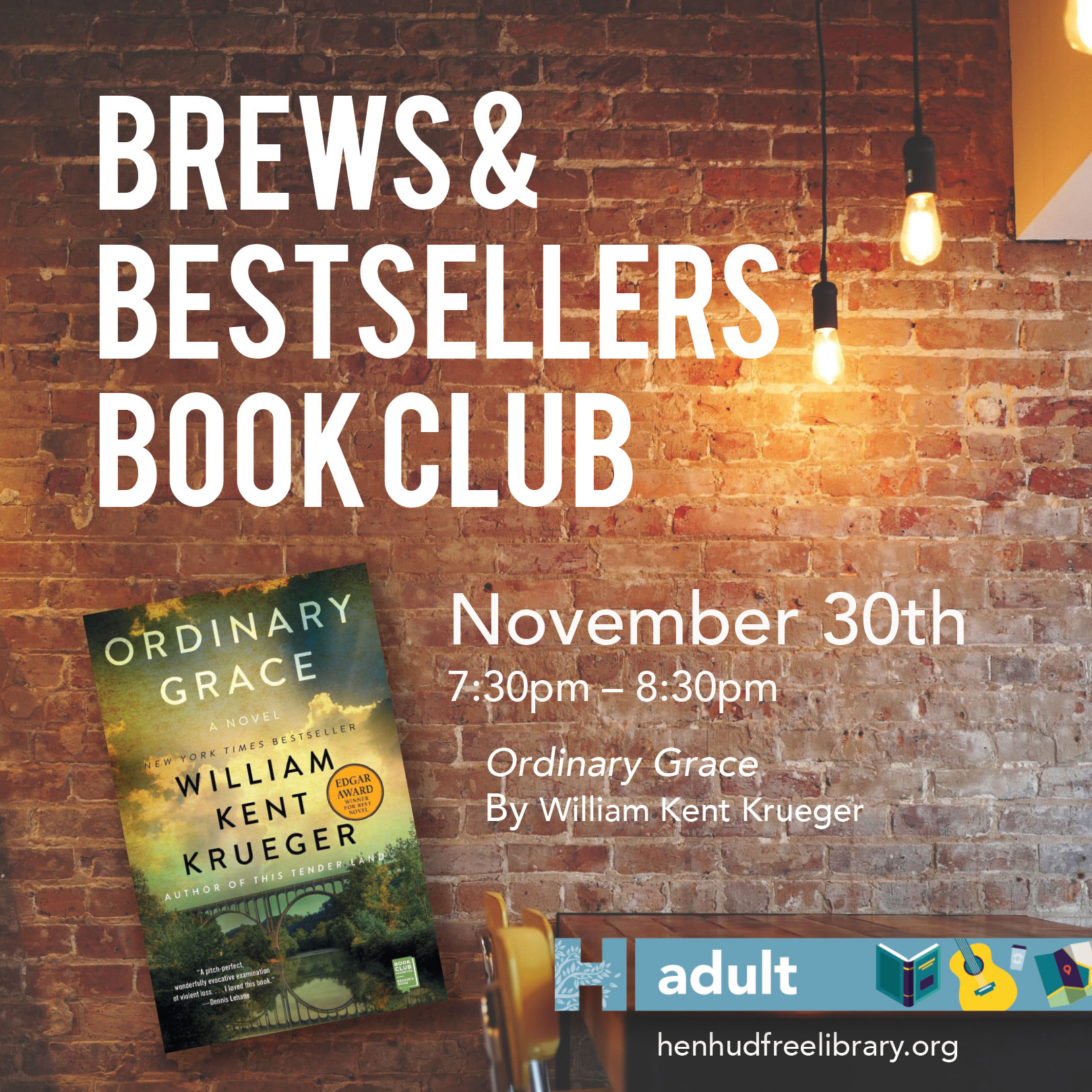 From New York Times bestselling author William Kent Krueger, a brilliant novel about a young man, a small town, and murder in the summer of 1961.

“That was it. That was all of it. A grace so ordinary there was no reason at all to remember it. Yet I have never across the forty years since it was spoken forgotten a single word.”

New Bremen, Minnesota, 1961. The Twins were playing their debut season, ice-cold root beers were selling out at the soda counter of Halderson’s Drugstore, and Hot Stuff comic books were a mainstay on every barbershop magazine rack. It was a time of innocence and hope for a country with a new, young president. But for thirteen-year-old Frank Drum it was a grim summer in which death visited frequently and assumed many forms. Accident. Nature. Suicide. Murder.

Books available at the Circulation Desk.  Ebook available on Overdrive, Libby & Google Books.  Audiobook available on Hoopla and Audible (free with Audible trial).  Register today at 739-5654 or at monref@wlsmail.org.

*Please note this event has been changed to be held via Zoom.